Avast ye lubbers! We be needin’ some buildings for PirateTown (name is subject to certainly change. My daughter suggested Tortuga.)
Well. Here goes my first building attempt. It’s a general purpose building, mill, warehouse, etc. Personally I’m seeing a rum distillery but that may just be me. I’m aiming for a Spanish flavor to the buildings. 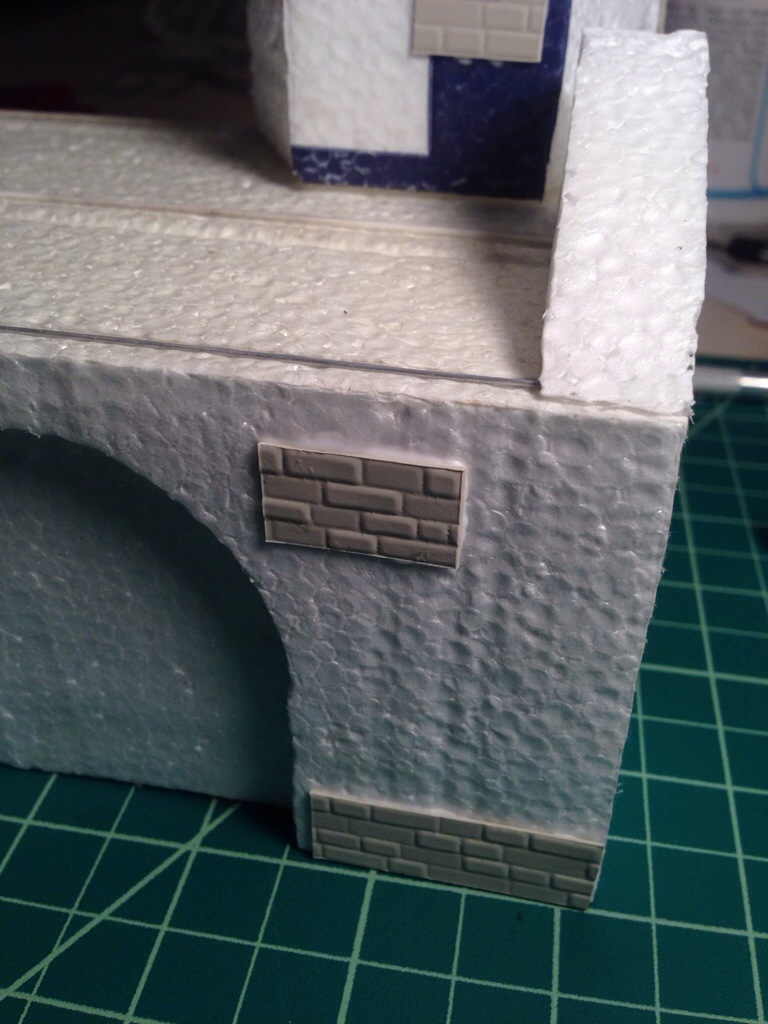 To this I glued small pieces of plastic sheet with a brick pattern. This sheet was from Plastistuct and is O-scale I believe. Here begins the complications… 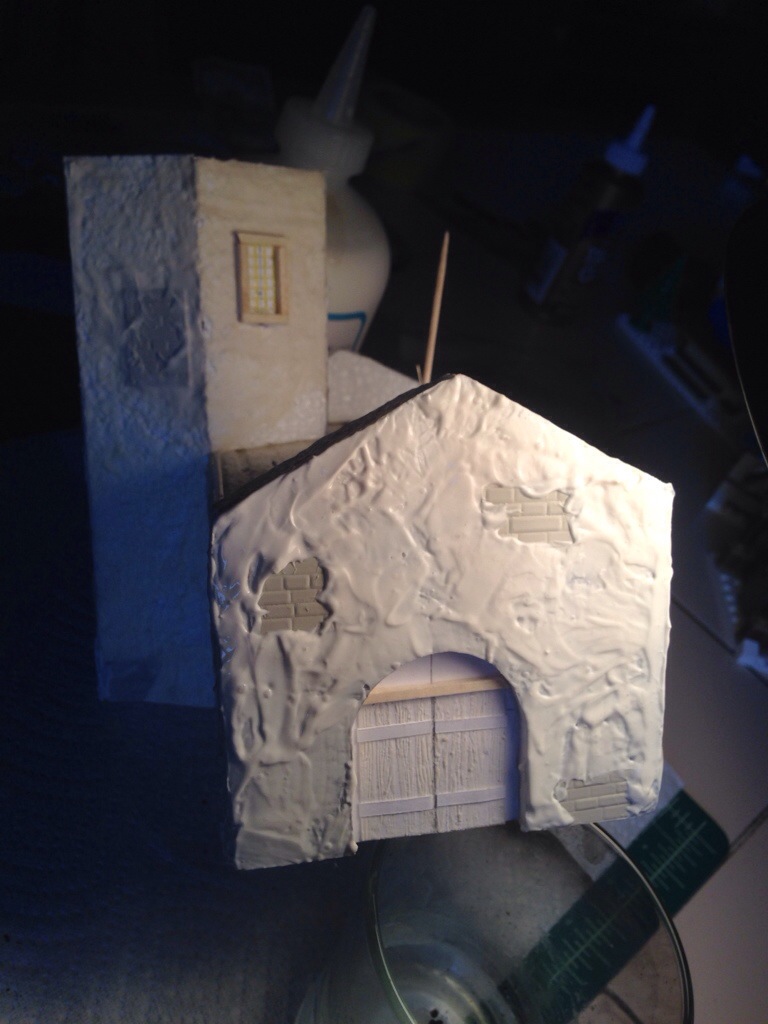 I wasn’t sure if plaster patch would stick to the plastic so instead I used Liquid Nails to stucco the building. This appeared to work wonderfully… 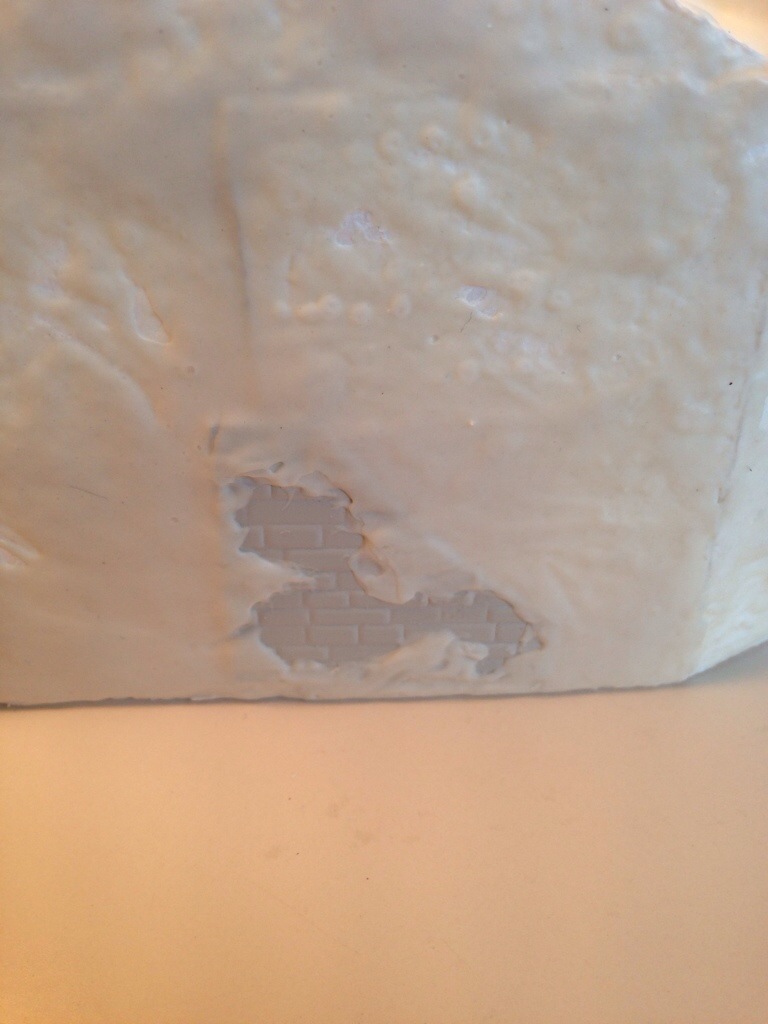 Until it dried. Apparently it shrinks quite a bit. Hmmm. Who knew? Well, being undeterred, I laid in with a second coat. It too shrank leaving the raised plastic bits painfully obvious. 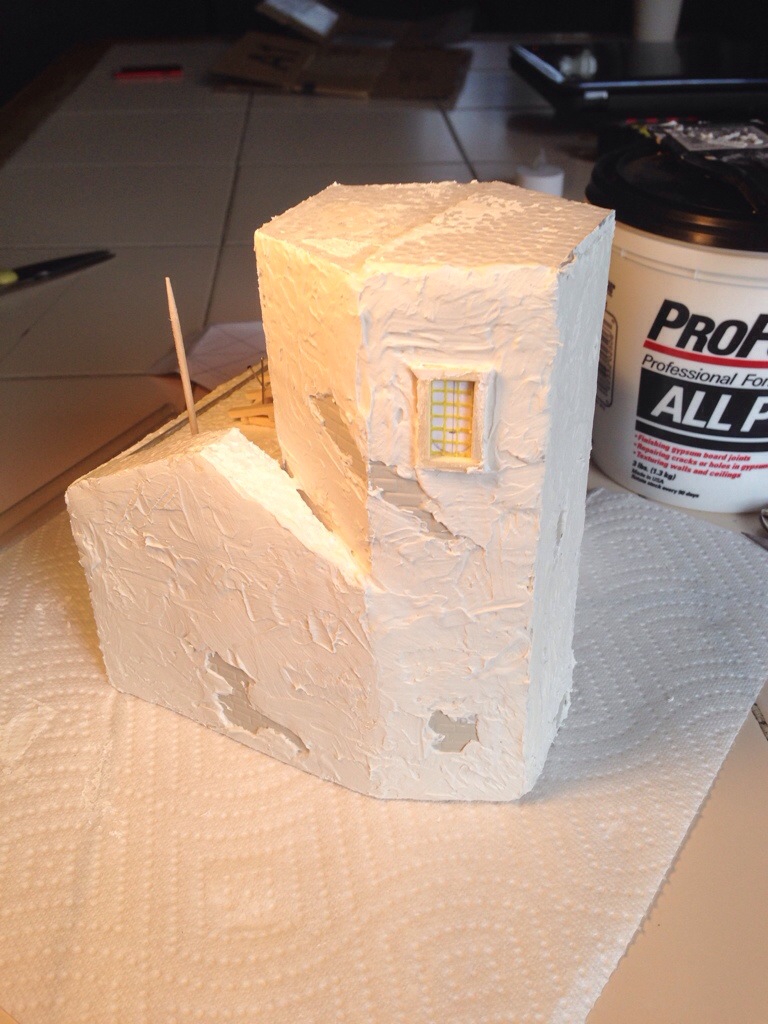 So I broke out the plaster patch. Which does, by the way stick to Liquid Nails. A quick coat and viola. The effect I was looking for, cracked stucco.

Here’s where that mental note from above comes into play. I plan to use another plastic sheet product for the Spanish tile roof but I need to support it so back to the scroll saw. Cutting an even 30 degree angle was a bit of a pain but I did manage. (Mental note: don’t forget to make that modification!!! Before you need it! Dummy!) 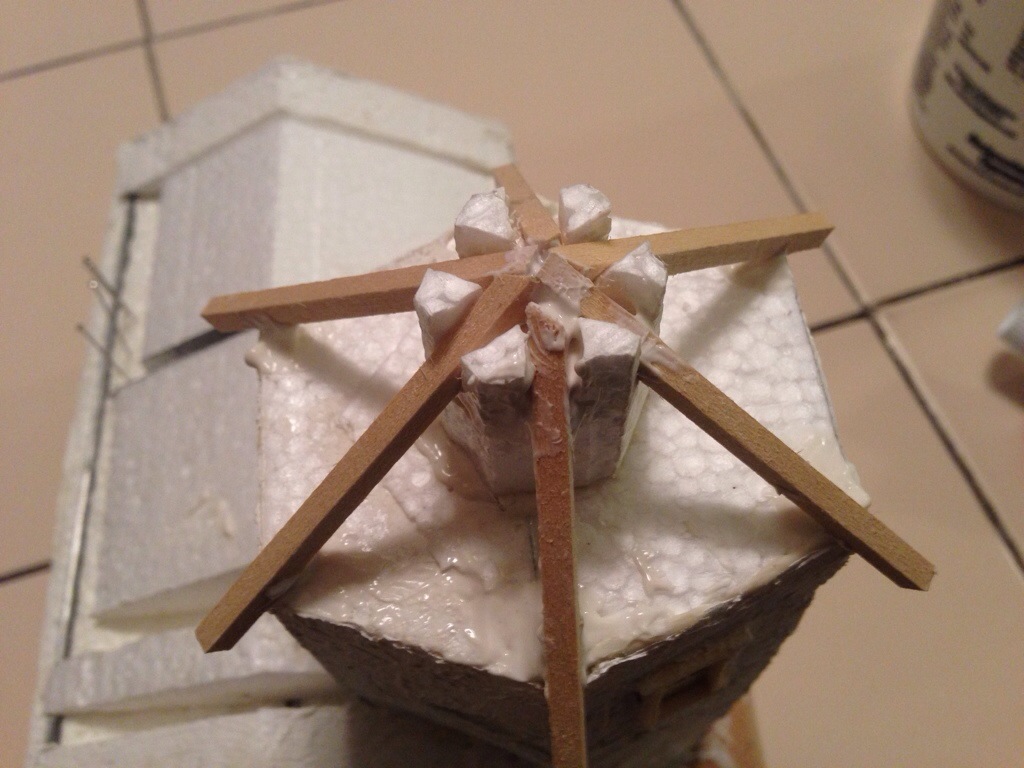 The supports for the tower section would have been easy if someone had done that modification but he (I) didn’t. So instead I had to cut a hexagon and slot it for beam supports. It’s kind of fiddly but functional and will be hidden under the tile roof.
That’s where I’m at now. Next up, the roof and details. Then paint and landscape.