For a change of pace, I purchased a paper model by Mystic Mountain Production. The Cartographer model was a PDF download from RPGnow.
The assembly was fairly straight forward but the prep work was more extensive than I had thought. There was a lot of tab cutting involved with the round tower section. About 80 tabs per level and there were four levels.
After a few hours with razor and straight edge, the building was ready to assemble. Assembly went well and the results were quite good. 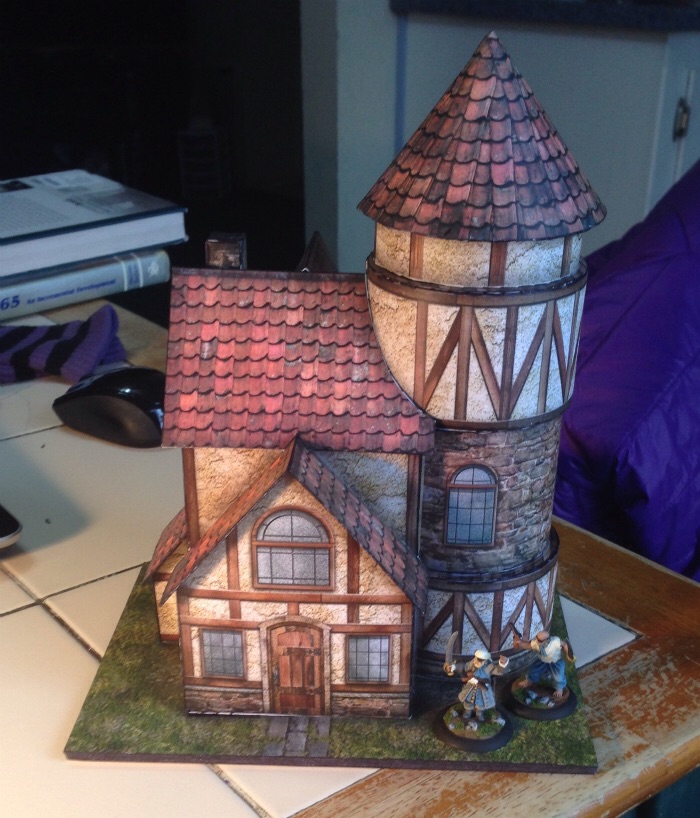 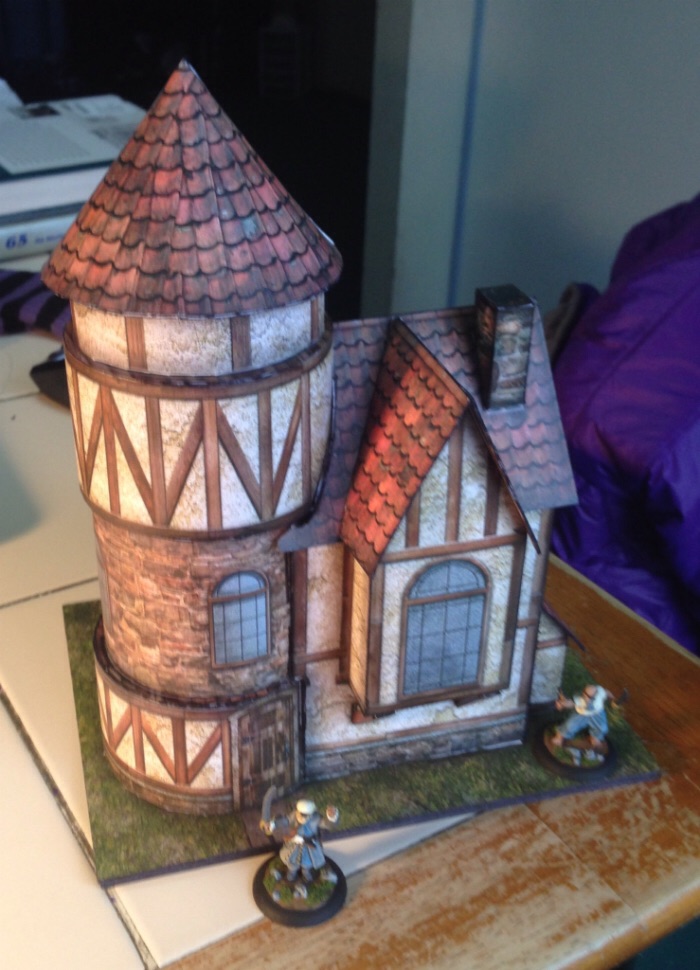 Overall, the model was good. The graphics were well done with a variety of layer options that can be selected to change the look of the model. I spent a total of about 5 hours to build this as shown.
At less than $5, the model was well worth the price. I may even use the model as a pattern for building something similar in mdf. But that will be another project.