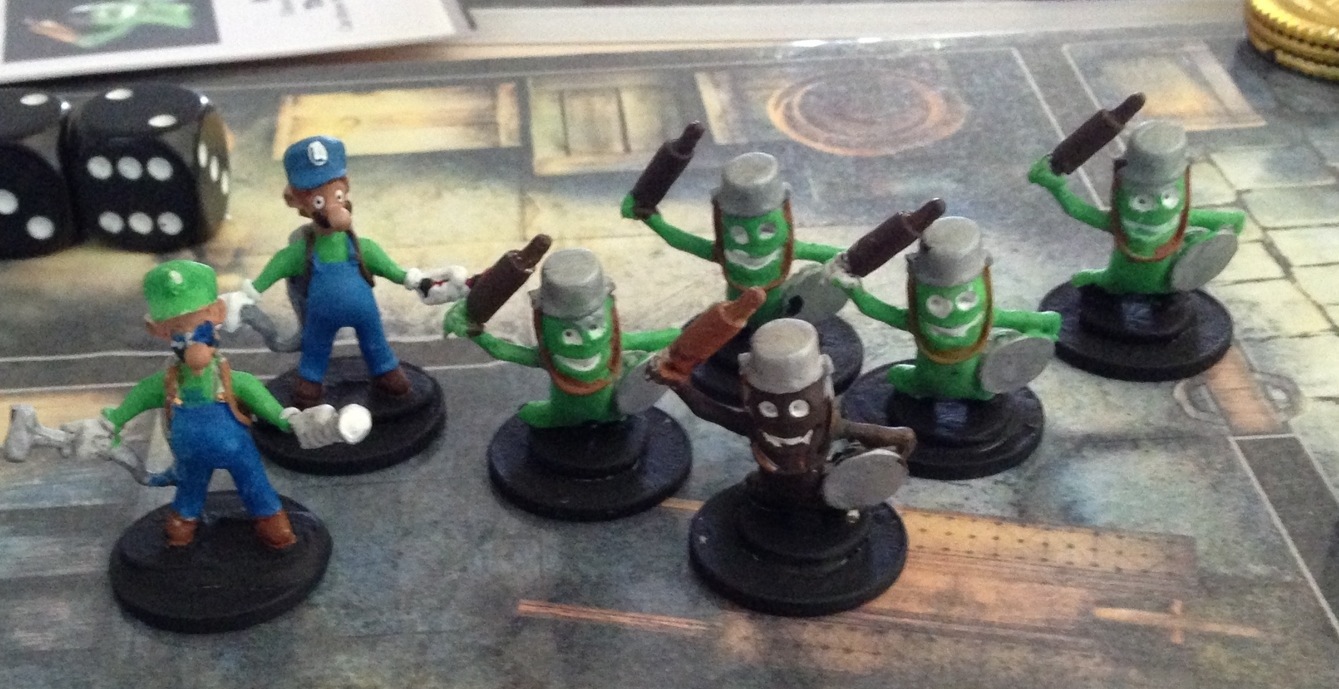 With summer vacation in full force, I need to lure my kids into the ultimate hobby! Wargaming! First victim, my son Jake. Age 10. Obsessed video gamer. Unlikely candidate for the rigors of wargaming, but I’m going to give it I try!

Over the last, okay, couple months, I have been sculpting Luigi and ghosts from the video game Luigi’s Mansion Dark Moon in my spare time. Now it’s time to bring them to the table. Jake painted all the minis used except for my Luigi whom we call Larry. 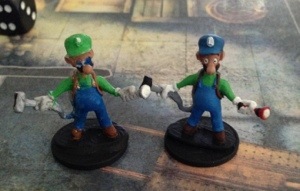 We used the Battlemap for the Old watermill
as our boards for this trial run of the rules. Along with these, we used a modified version of Ghost Rangers. Basically, we used the demon rules as they are closer to the way the video game plays. Larry’s stats were identical to Luigi’s for ease. For the test game we decided to limit the ghosts to “Greenie.” Lots of Greenie’s. 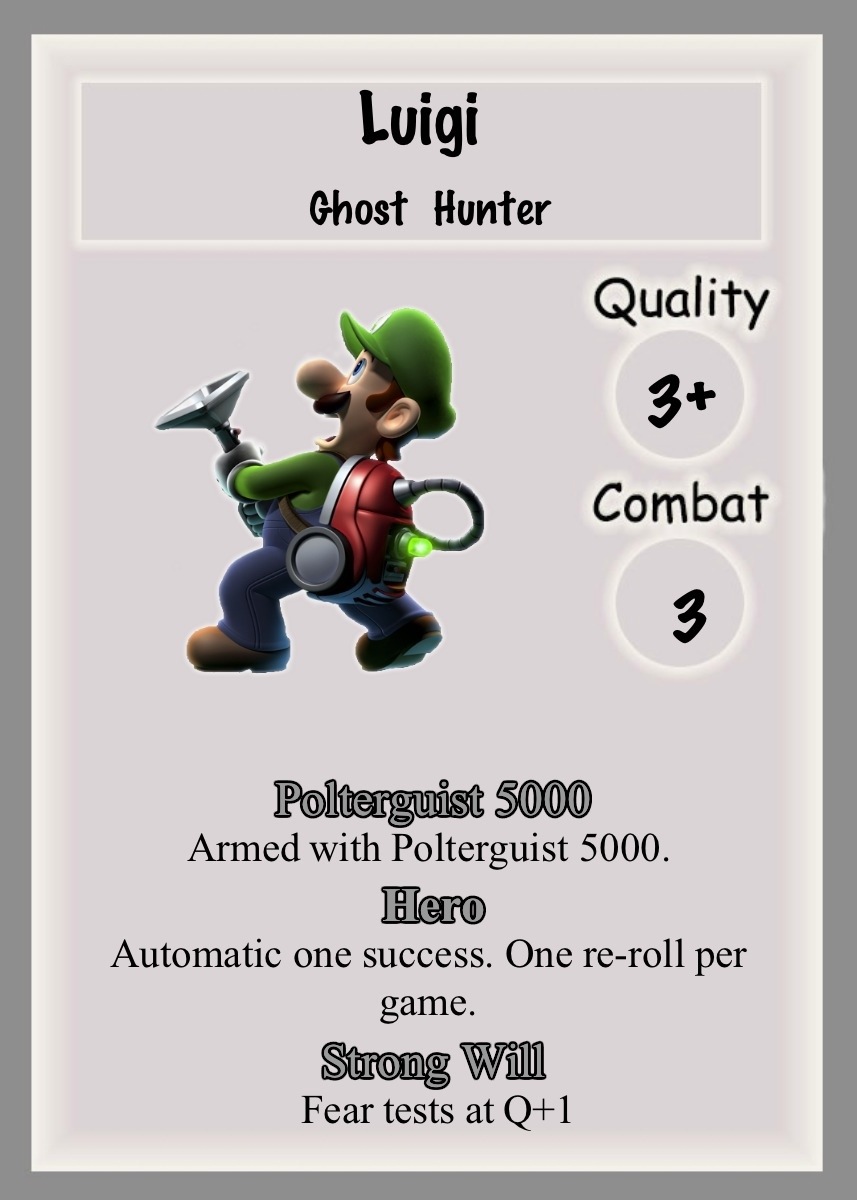 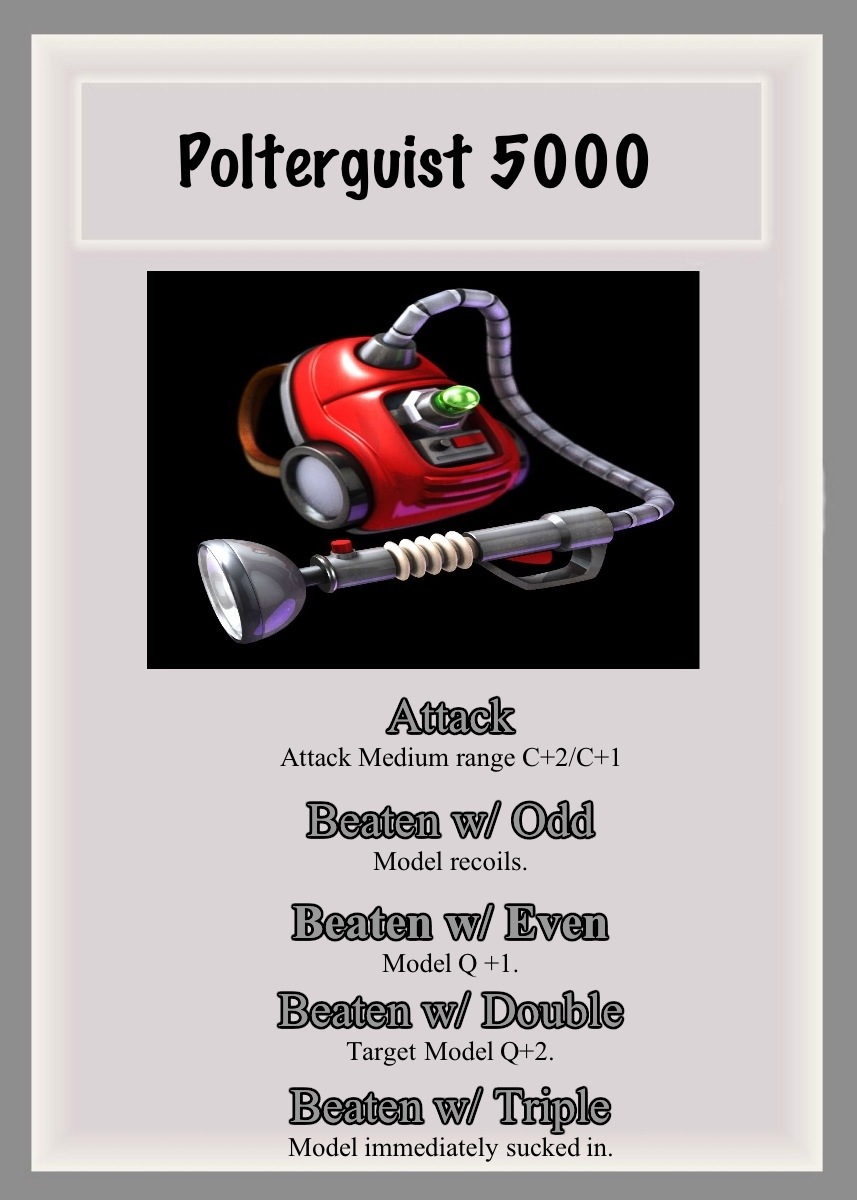 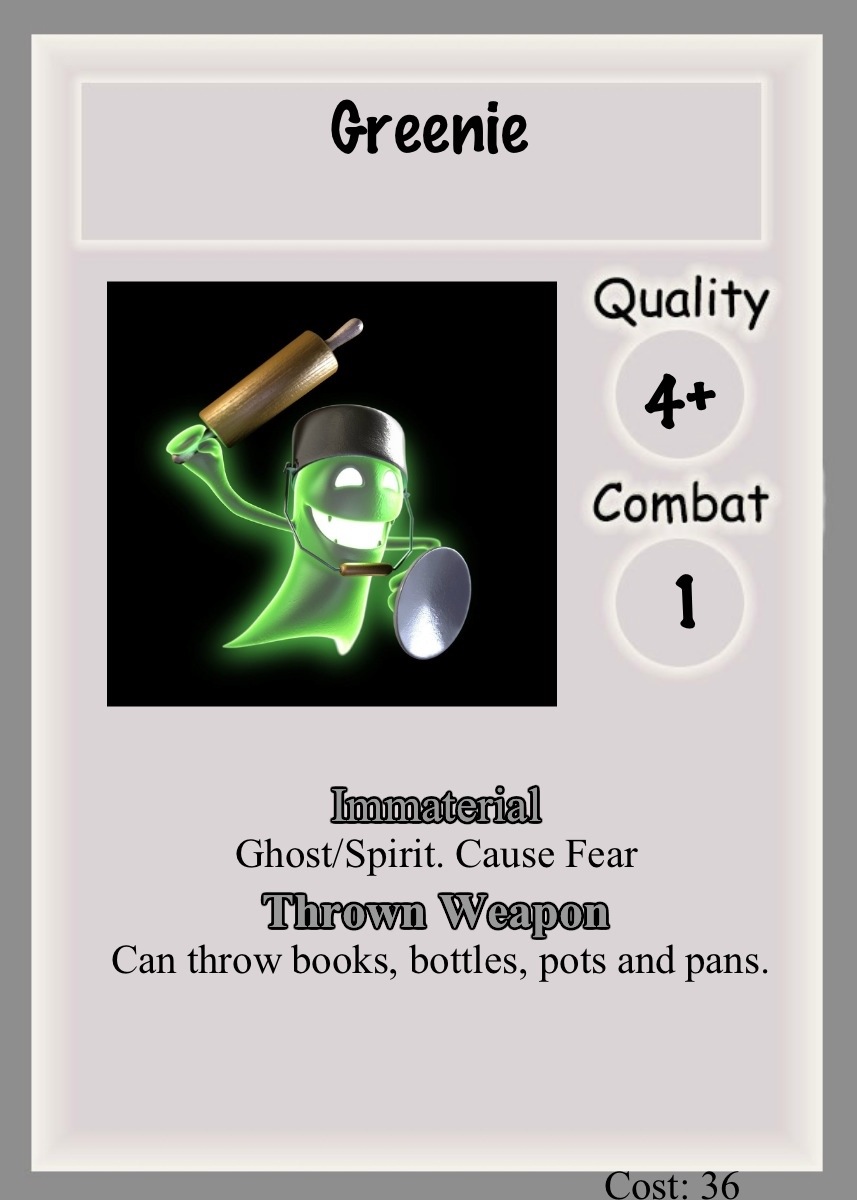 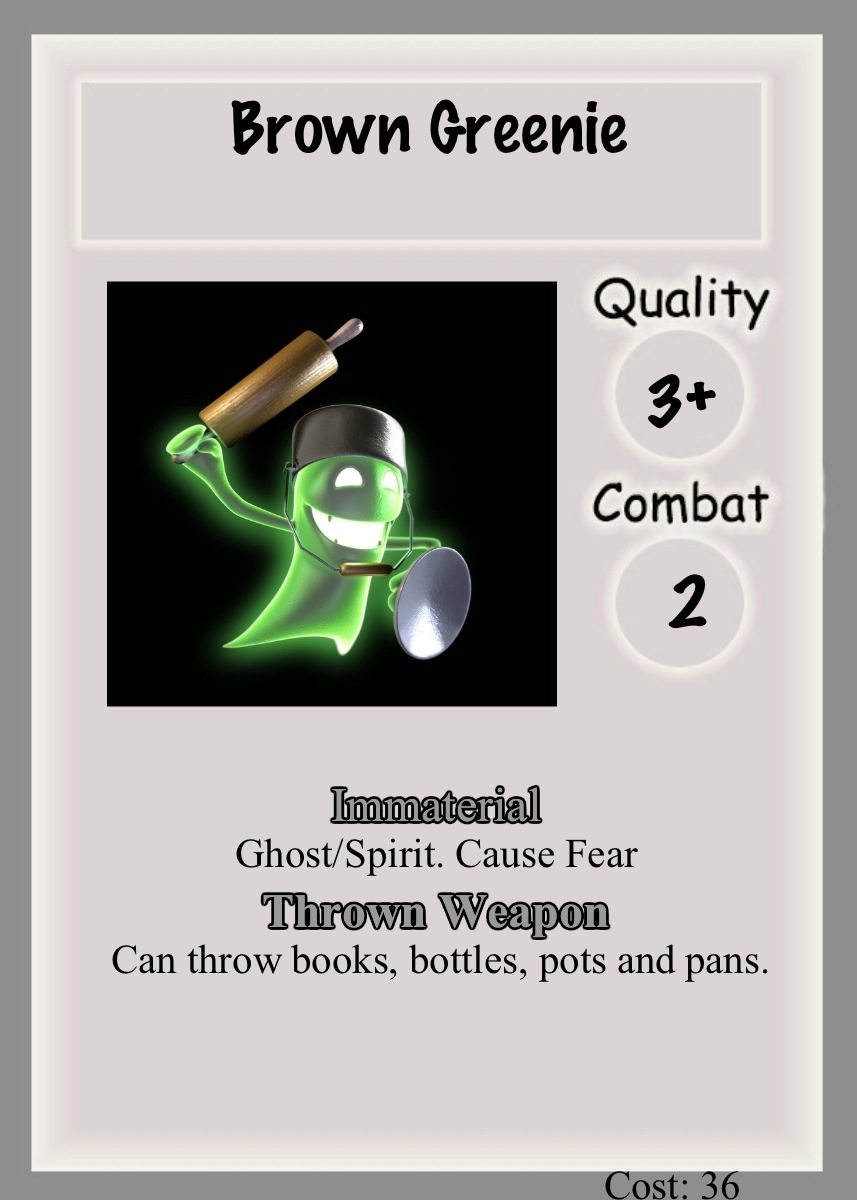 The game setup was simple enough. Luigi and Larry were called in to investigate a haunting in the old mill.
They arrive and were confronted with ghosts. 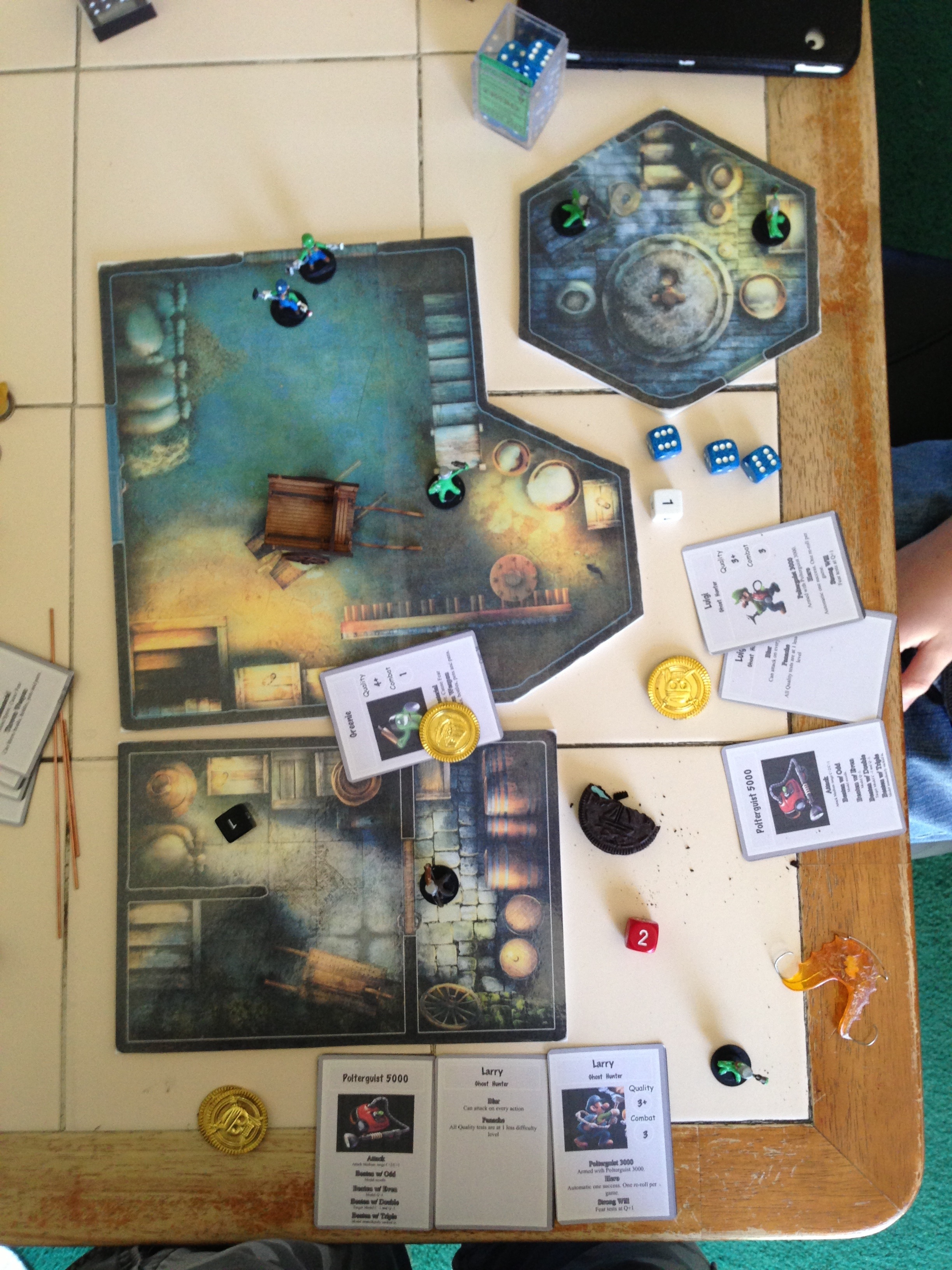 Due to the distractibility of the players during any pause in the action, a formal batrep is impossible as notes and even pics were difficult to acquire. Sufficed to say Luigi and Larry fought valiantly and captured many ghosts. We used gold pirate coins to keep track of the amount of the ghost’s quality we had vacuumed. Three coins were needed to capture the Greenies. Brown Greenie needed four. But, if at any time Luigi was distracted, i.e. struck by some thrown object, the ghost would escape regaining all his “coins” back.
It was a successful game. We both had fun. I don’t believe it will replace the video version for my son but it was a nice change for him none the less. And he got to work on his painting skills! 🙂
His favorite picture was this: Greenie getting bored when I tried to take a pic and he attacked the camera. 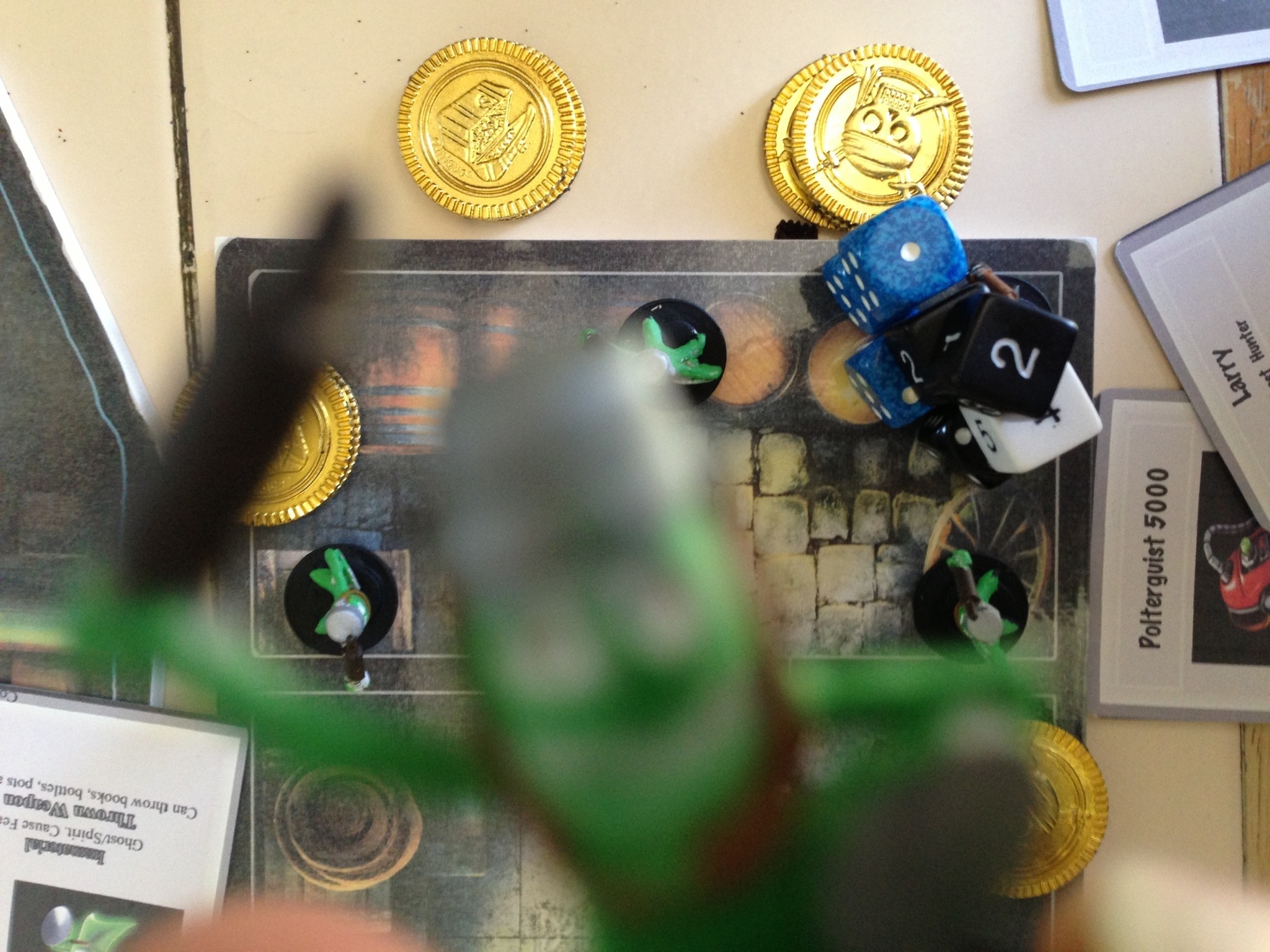