I’m lost in a jungle of trees! 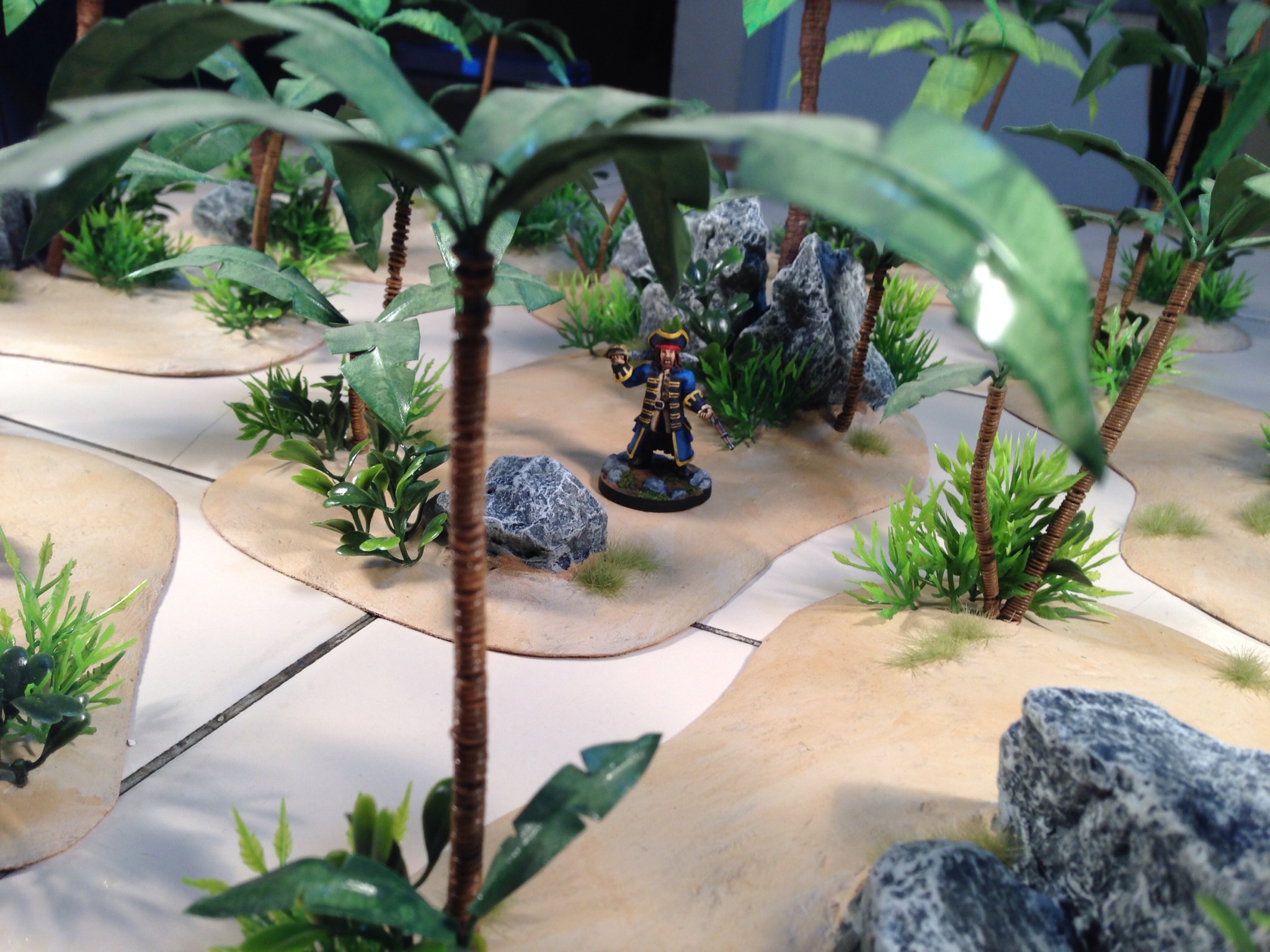 Well… Sort of.
The jungle bases are done!

After more tree planting and rock painting and sand brushing, I have finished eight jungle bases! With the help of my son of course! We used the same techniques I outlined in the previous posts. I believe we now have enough of these jungle bases to simulate the denser areas of the jungle terrain. 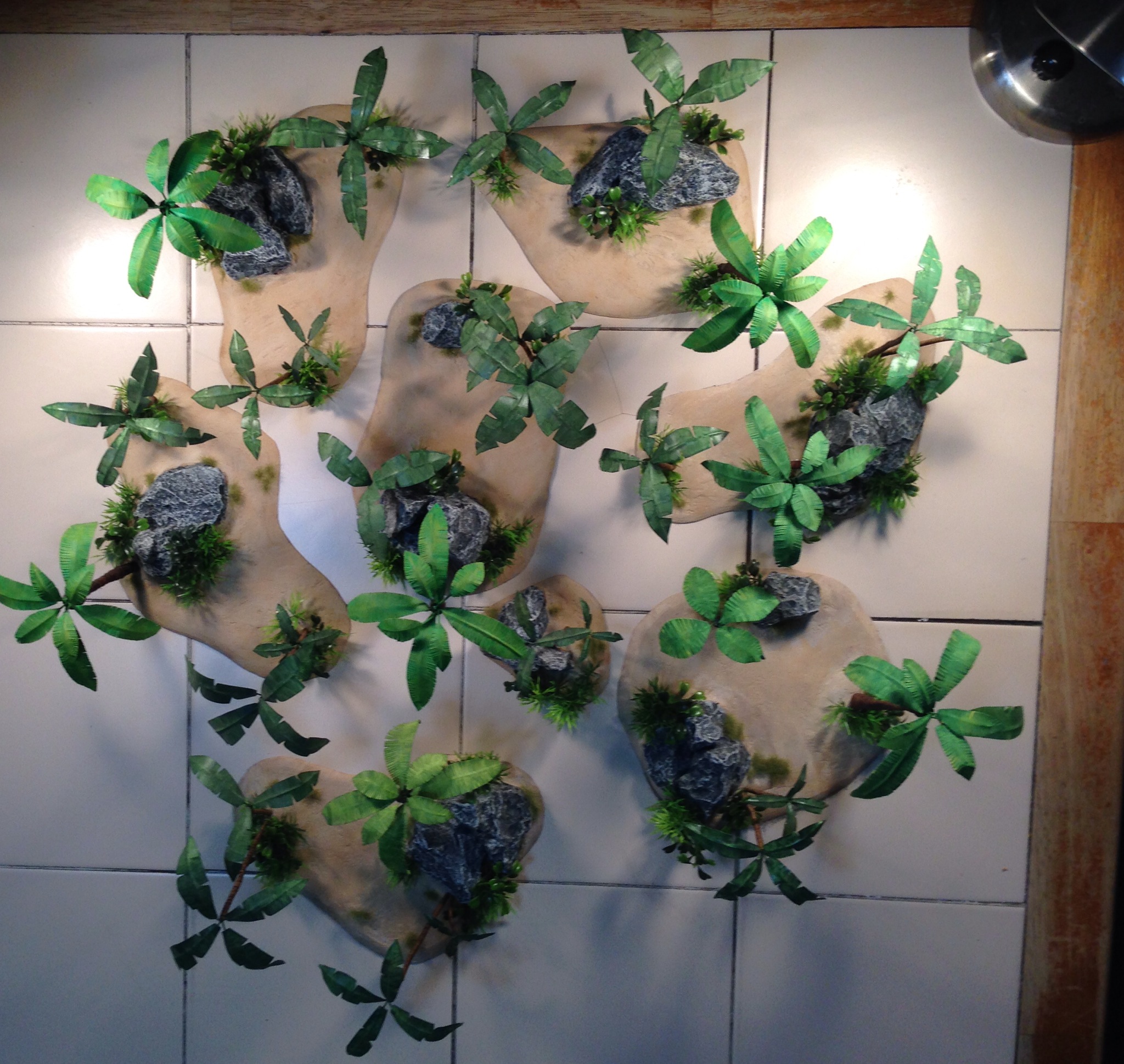 During games, they will not normally be grouped this densely as these bases are suppose to represent the densest of areas of the overall jungle terrain. Being this tightly packed, moving miniatures becomes a bit tricky. The hazards of venturing into the jungle becomes painfully clear as some of the fronds are made of brass sheet. These fronds are sharp and can and do draw blood from the careless player. Just a reminder of the very real dangers of life in the jungle! Sorry Jake! 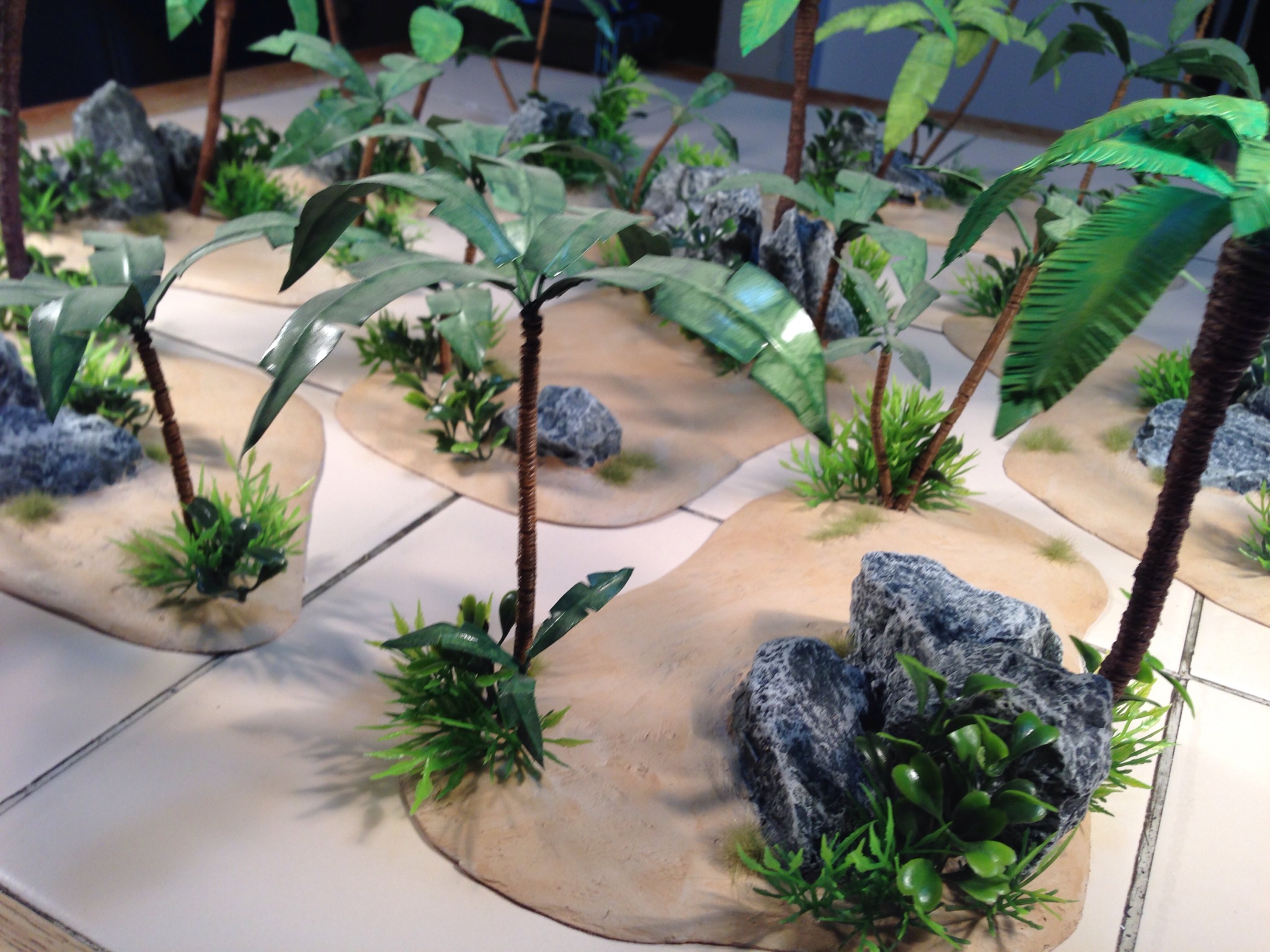 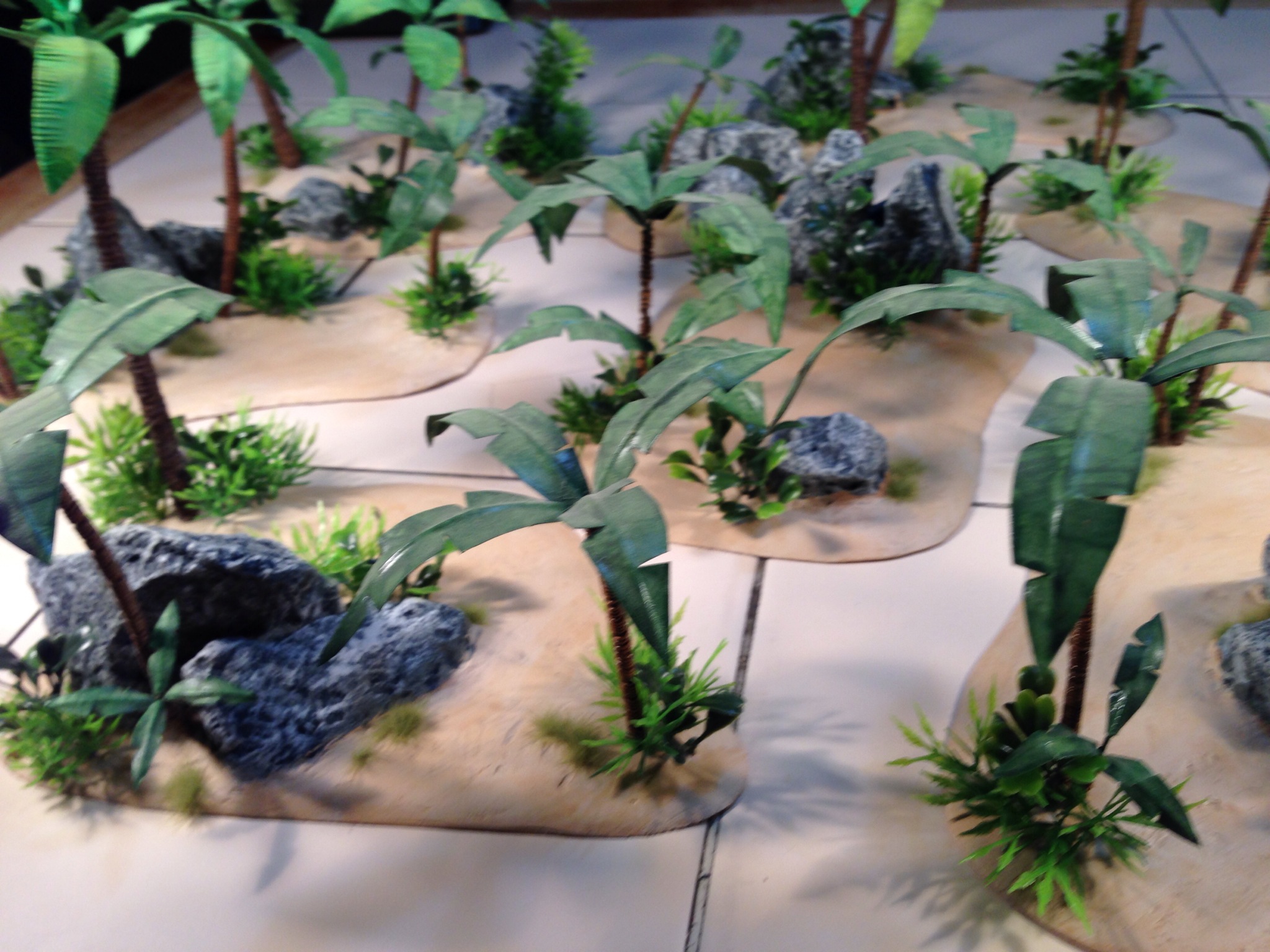 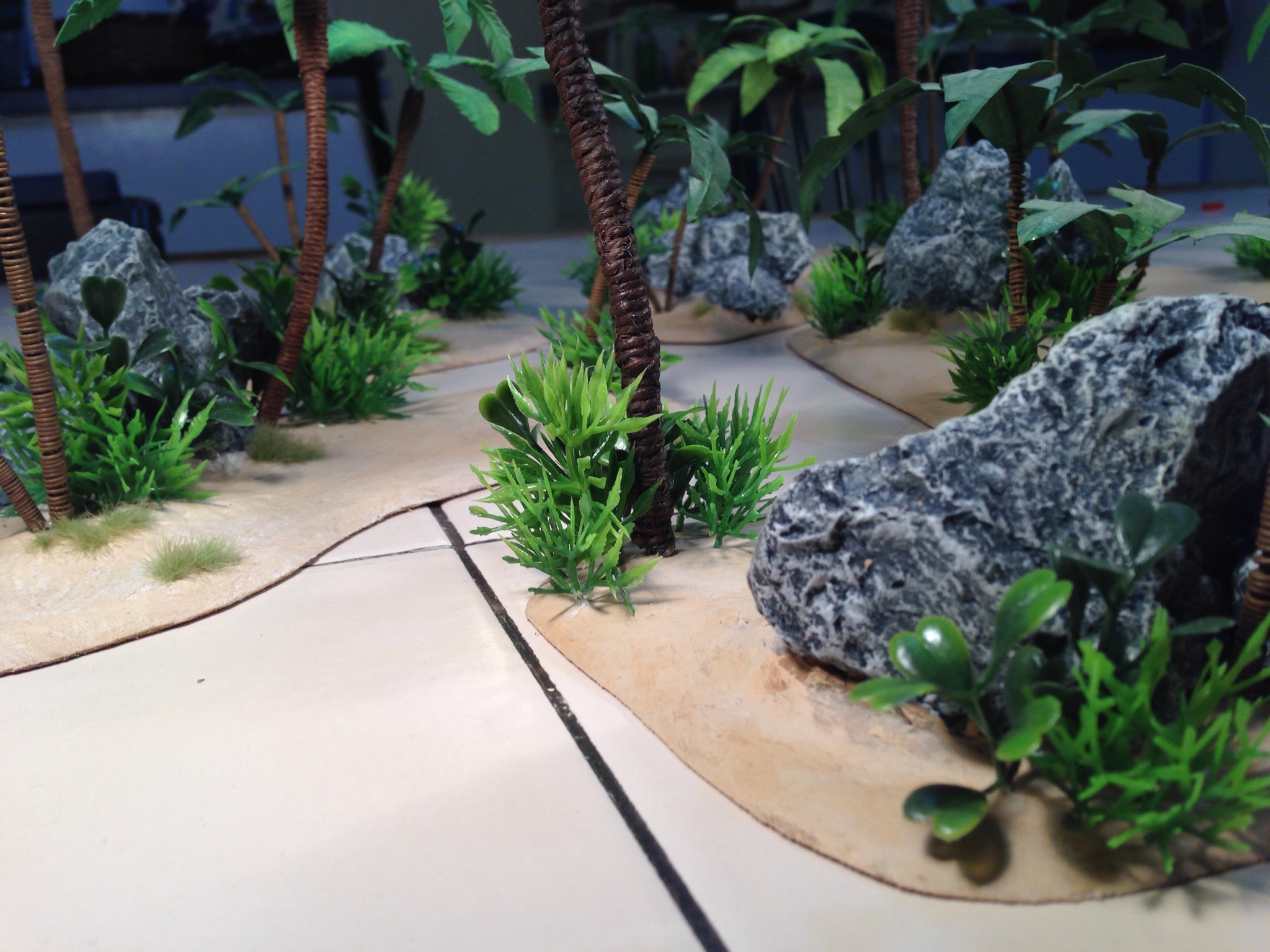 Overall, I’m happy with the results! I like the colors and the layout. The rocks add a lot of weight. That’s good and bad. Good because it totally eliminates my earlier problem about trees falling over. I could uses these in high wind. They aren’t going anywhere. You can also bump them and they don’t move. They may slice open a finger, but they won’t move. But their weight is also bad because, well, they are heavy.
On the downside, now I may need to rework my terrain boards to match the sandy ground of the these bases. Hmmm… Something to think about.
Also, rivers. Should I make a modular river system using this same technique? And how about hills? A volcano? New shorelines? Ahhhh!!!! Where am I going to store all this stuff?
Now I’m truly lost in the jungle! 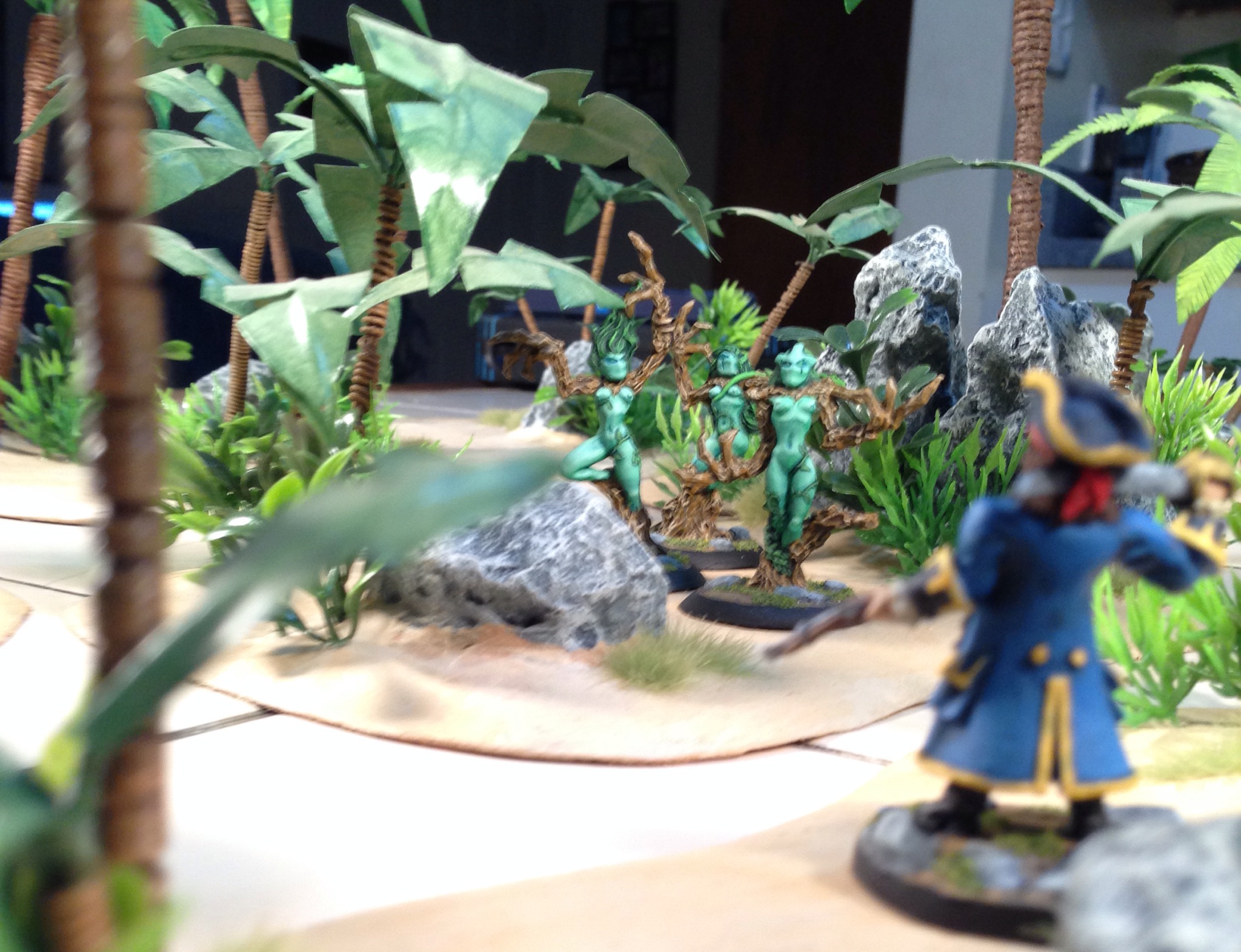