Like most of us, I never seem to have enough time to paint these days so I’m always looking for that Holy Grail of miniature painting, the instant-one-coat-looks-great-miniature paint. You know the one. One coat provides instant shading, subtle blending, perfect skin tones, and awesome eyes. Yeah! That one!

Now, having seen several videos, I wanted to try out this Quickshade stuff. So I painted a few zombies over the weekend. 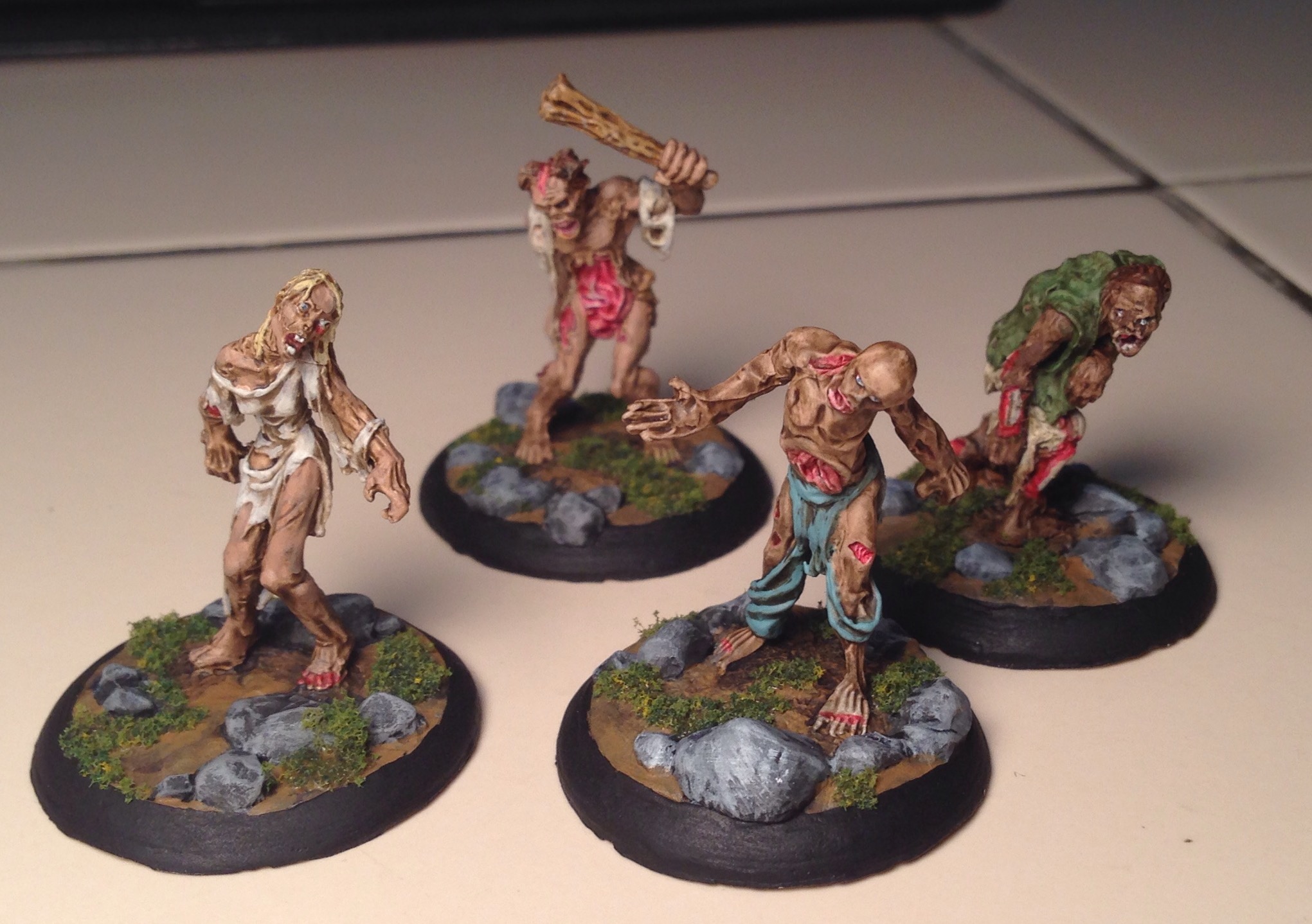 I followed the directions and base coated the figures in bright colors. The directions on the can say to dip the minis and shake them off but the videos I watched tended to use the brush method. I opted for the brush. I brushed the Quickshade on and then spent the next several minutes removing the puddles as they formed until it became tacky.

The end result was very dark. Very, very dark! Now, I know I bought the Strong Tone can but they were really dark. I can’t imagine how much darker the Dark Tone could be! Maybe the Soft Tone would be more to my liking but at the price of this product, I’m not really willing to experiment with that one.

Oh well! 24 hours later the Quickshade was dry. They were also really shiny. Shiny to the point of needing some Dulcote before I could even see what I could do to resurrect them.

I went at them with brush and paint trying to highlight my way out of the dark. After much more brushing than I was hoping for, I think they turned out well. They look like zombies anyway.

Overall, I think the product is good. It is on the pricey side but it does what it says it will. Perhaps a bit too well! It is definitely not the silver bullet nor the Holy Grail that I was hoping for but it is a good product. I think it is ideal for zombies or other minis that look good with a dirty feel. Its results are quite a bit different from my usual style of painting. Not a bad thing but noteworthy.

It does produce faster results when done in groups. Even with all of the high lights, a group of minis does seem to go faster. For this reason, I may try it again. On zombies, without a doubt. Scenery pieces would probably do well with this also. Possibly some pirates too. I’ll have to find something to do with it, it’s too expensive to throw away!