Previously I have built CNC Workshop’s Sand Buildings and those are awesome models. (The third one is technically done. It just needs… something… Another post though…) These buildings have become my standard of excellence for MDF models. They are sound models. They have character. They are playable. And they look darn awesome! Sadly, there are only the three of them. Also they come from Oz and with no American retailer that I have been able to find, getting them is a little on the expensive/inconvenient side. So the search for other models began.
I picked up a couple buildings from Bandua’s Q-Building line for Infinity. Having never seen these in person before, I did not know how they would line up next to the Sand Buildings but I thought I’d give them a try. The XL size one was out of stock when I ordered so I only ordered the small and large buildings. 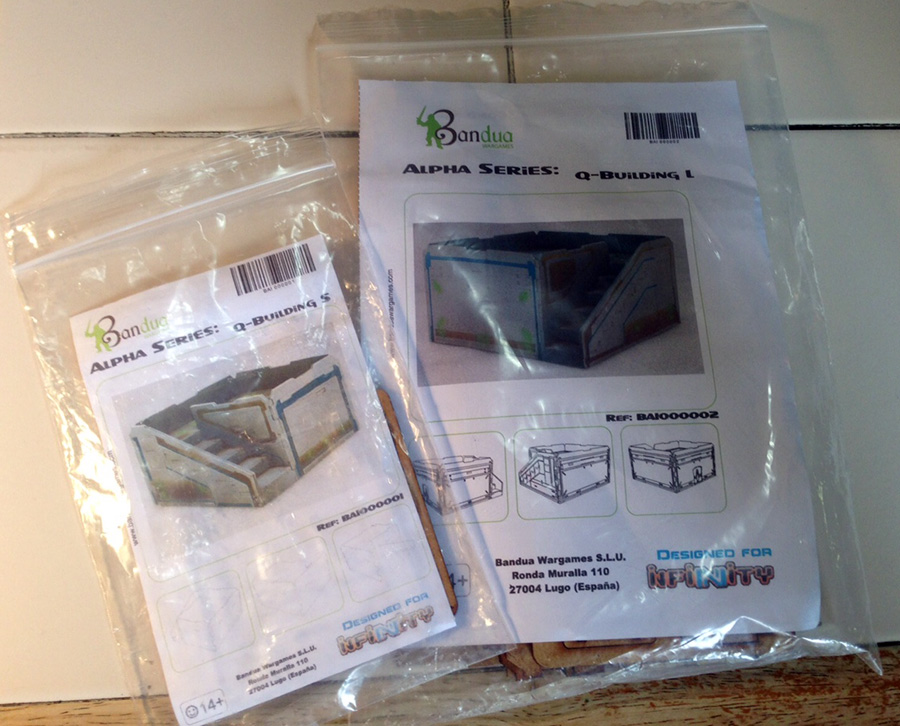 My first thought was “Wow! There are much smaller than the Sand Buildings.” The packaging may be a bit deceiving though. Opening them up, what I found was that the parts had already been removed from their sheets. The only punching that needed to be done was on the small sheet with the parts for the stairs and the holes in the walls for assembly. The parts are very compactly packaged. 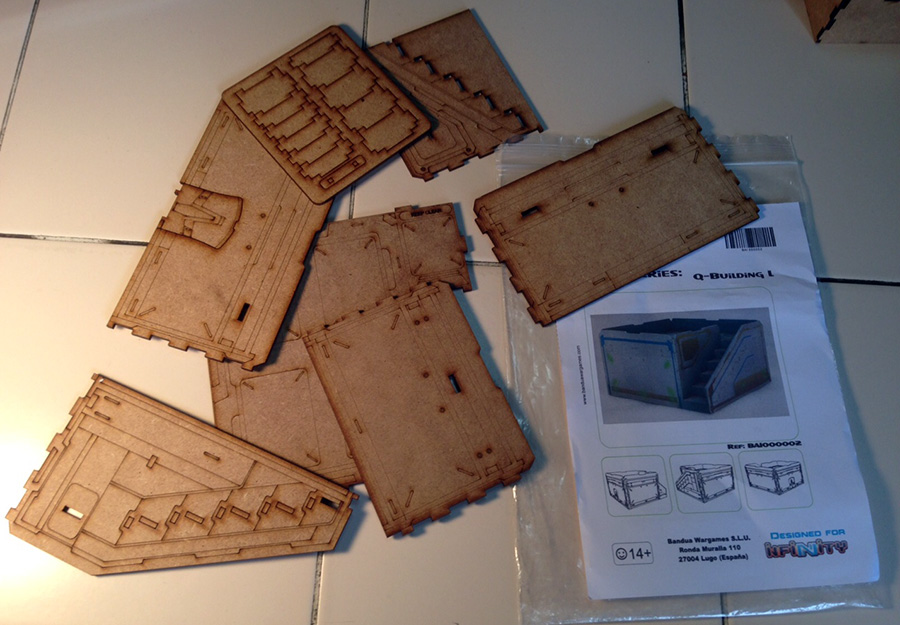 Assembly was pretty easy although the stairs were more fiddly than those of CNC Workshop. Again, the surprising part was how large the large building really was. Granted, it’s only a one story building but it is quite sizable.

Similarly, the assembled small building was larger than it appeared in the package. Assembly was the same. Literally. They are the same building just different sizes. 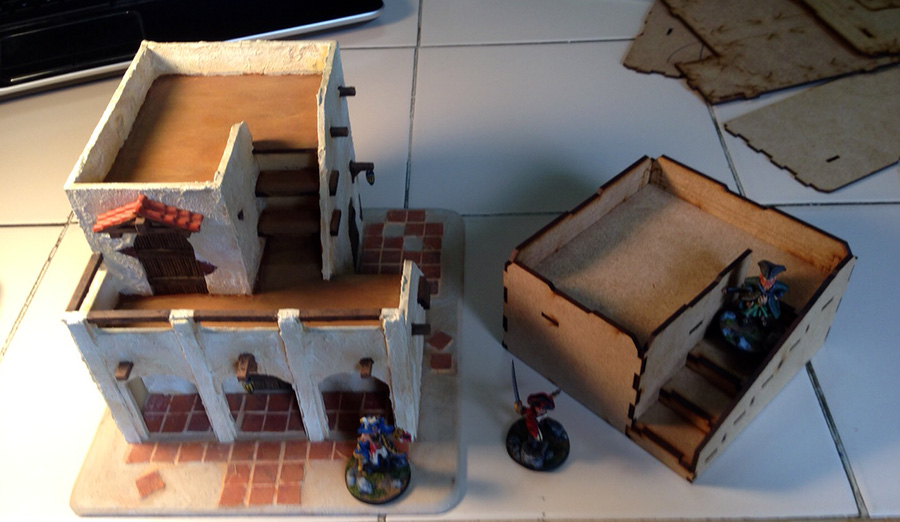 Variety? These have none. Okay. They are stackable in that the small building will fit on the upper deck of the large building but other than that they sort of lack imagination. Another option I suppose is that they can be assembled inside out to create a mirror image of the original building. But, if you want them to each be unique, then you’re on your own. 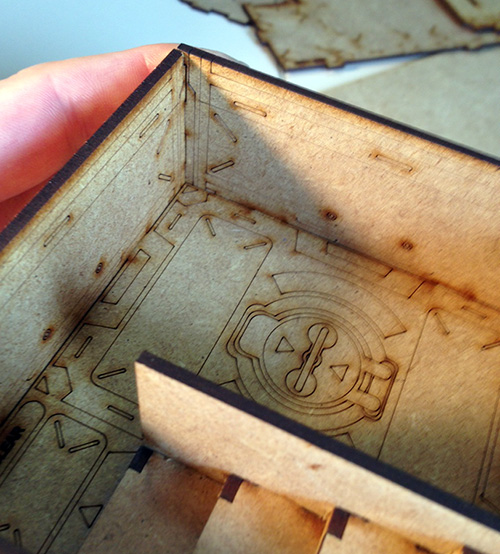 As models go, these are tight fitting mdf models. They will definitely require glue to hold together but the tolerances are good. In fact, the fit of the stairs is incredibly tight and assembly is a bit challenging. One concern I have is with the width of the stairways. The stairs are narrower than those on the CNC models. A 30mm base will fit on the steps but it is darn close. Couple this with my usual habit of adding stucco to the walls of my buildings to give them a Caribbean feel and those stairs may become tighter still. 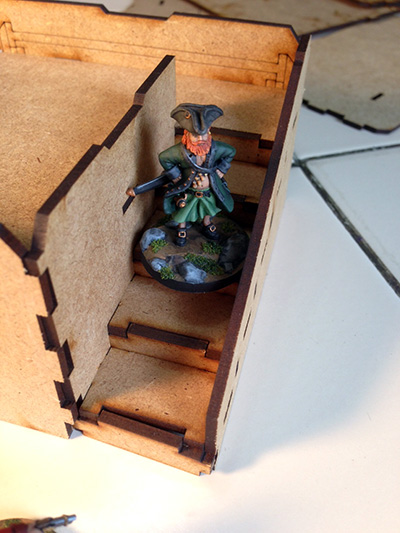 Overall, the buildings are good. Pricewise, the small was $12 and the large was $18. To me, that’s quite a bit given that they are only a single story and they posses the personality of.. well… an empty box. Let’s face it. It’s a box with stairs. They will take quite a bit of imagination to finish if you’re looking for something different. But they do seem to be sound models to start with. I don’t see any reason for anyone getting a whole lot of them unless you’re building a bland track home neighborhood. I am not really sure what I’ll do with these. We will both just have to wait to see what I can up with…